Dongle Hangeul was originally planned as a component combining style, so the consonants and vowels were designed separately. However, other people felt difficulty to use this font because of its typing system. For this reason, the designer revised it into ‘one syllable module’ (typical Hangeul module), and then released it to the public. 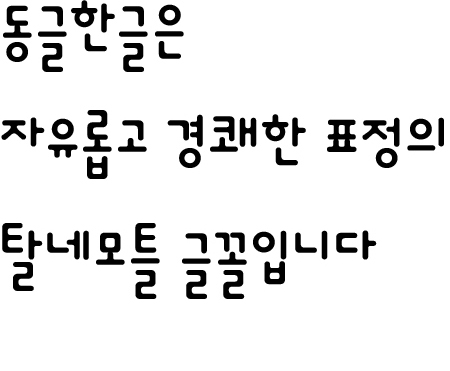 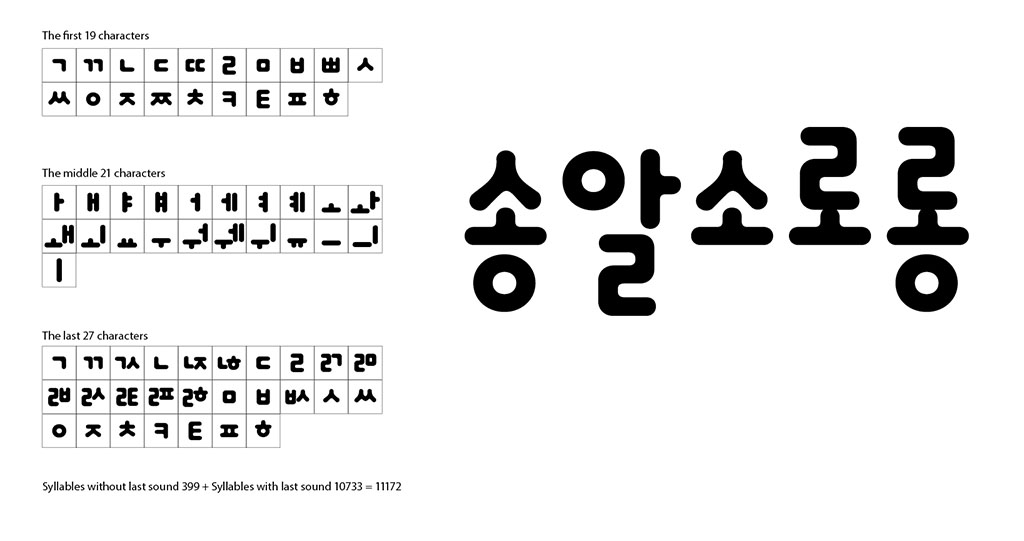 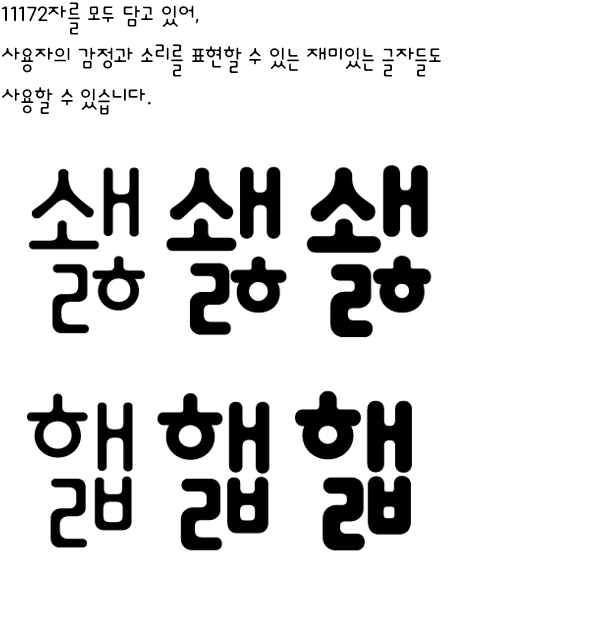 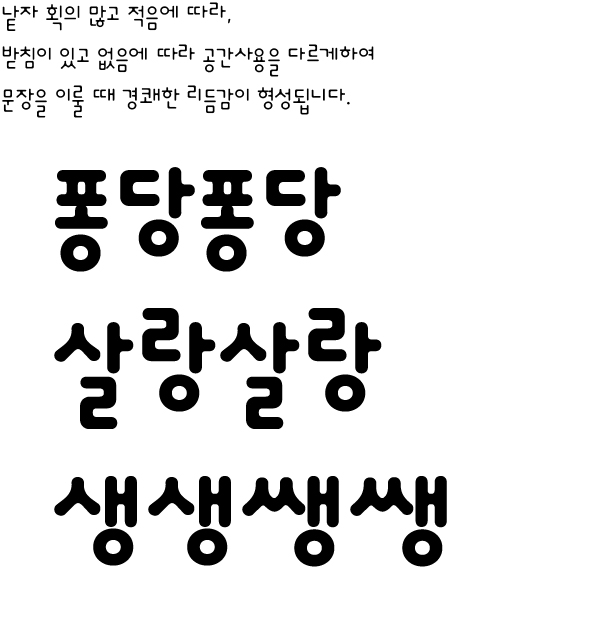 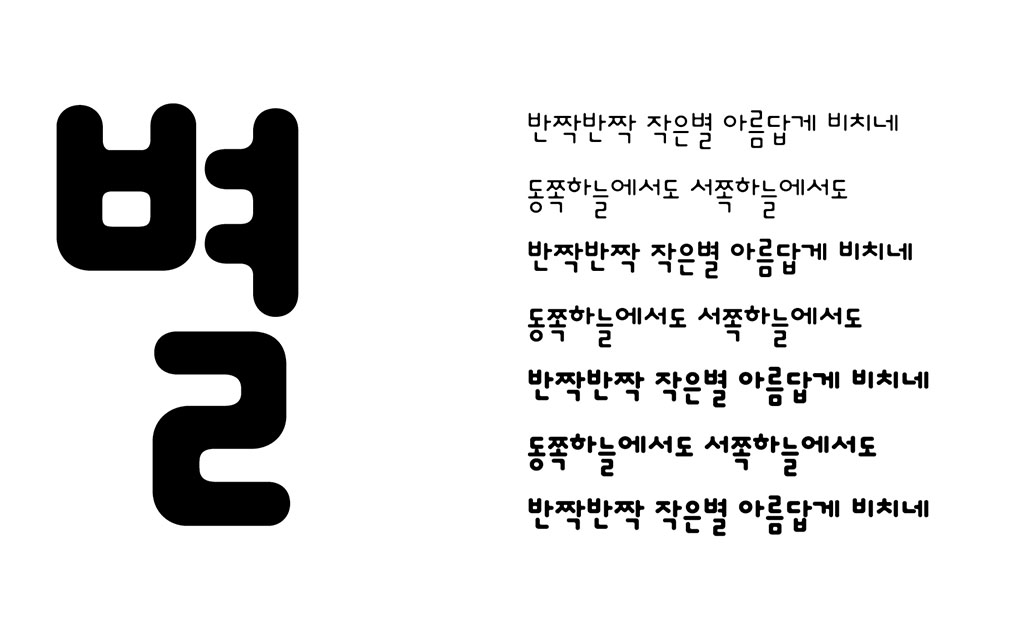